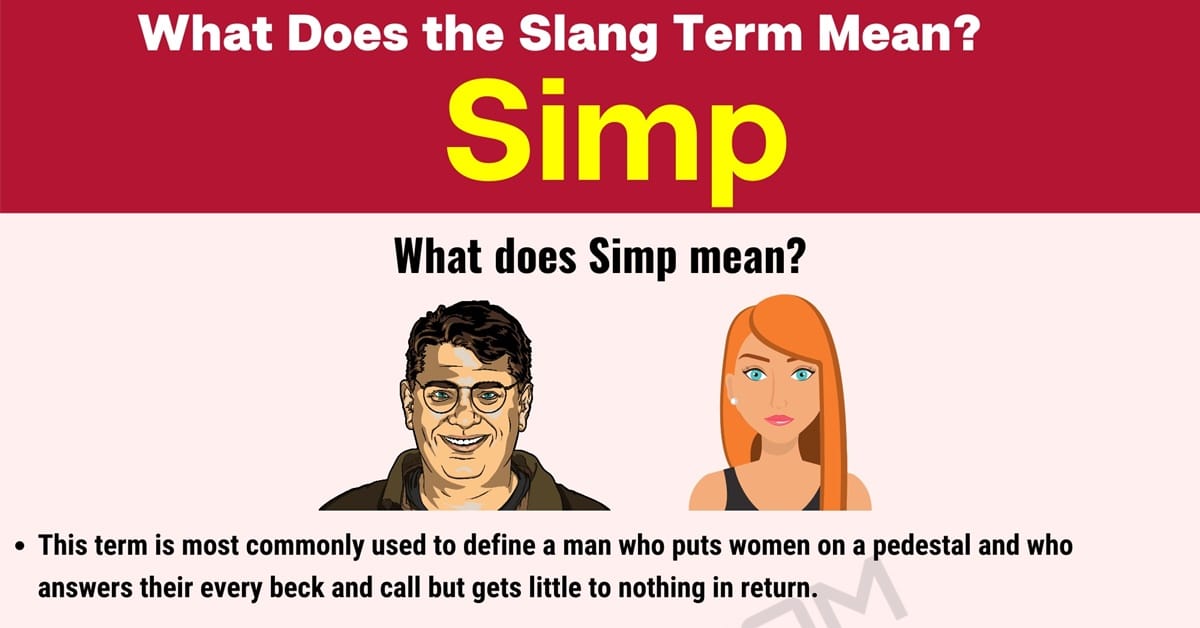 What is a simp?

If you have found yourself trapped in the downward spiral of TikTok, chances are you’ve come across, or possibly even been labelled a ‘simp’. It doesn’t take a genius to figure out that the term is hardly endearing, but there has been an alarming amount of confusion over the true simp meaning.

What is a simp?

Simp is a slang insult for men who are seen as too attentive and submissive to women, especially out of a failed hope of winning some entitled sexual attention or activity from them.

The word simp is meant to troll young men for doing anything for a girl to get some action he supposedly deserves.

Put simply, a simp is: Someone who tries way too hard to impress the person they like, often going above and beyond to satisfy their every need. This, in turn, devalues them as a person, acting subservient to their crush or partner.

Example: If telling his girlfriend he would always be there for her makes him a simp, then I guess he’s been simping for a long time now.

According to a TikTok posted by NoChillTy, there are some obvious markers of a simp. Here are 9 ways to identify a Simp;